The original article on cross-coupling with an organoborane compound was published by Suzuki et al. in 1979 and reported on the coupling of alkenyl boronates with alkenyl bromides.1  However, over the years the Suzuki cross-coupling has been further developed to include the reaction between boronic acids, boronate esters or organoboranes and organic halides or pseudohalides.s.2 There are many advantages of the reaction e.g. mild reaction conditions, commercial availability of the environmentally safe boronic acids, easy removal of inorganic by-

products, stability of boronic acids towards heat, air and moisture, and tolerance to a wide variety of functional groups.3 By-products which can be formed are coupling products of phosphine-bound aryls and self-coupled products. It is necessary to have a base present during the reaction, since it will be able to form borates which are more electron rich than the boronic acid,thereby facilitating the transmetallation step.4 The most commonly used base is Na2CO3, but it is often ineffective with sterically hindered substrates. Instead, Ba(OH)2 and K3PO4 can be used in such reactions in order to obtain good yields.5, 6 Addition of ligands, which stabilise the metal catalyst, has made it possible to couple aryl chlorides6 and hindered substrates, which has presented problems in the past (Scheme 3).7 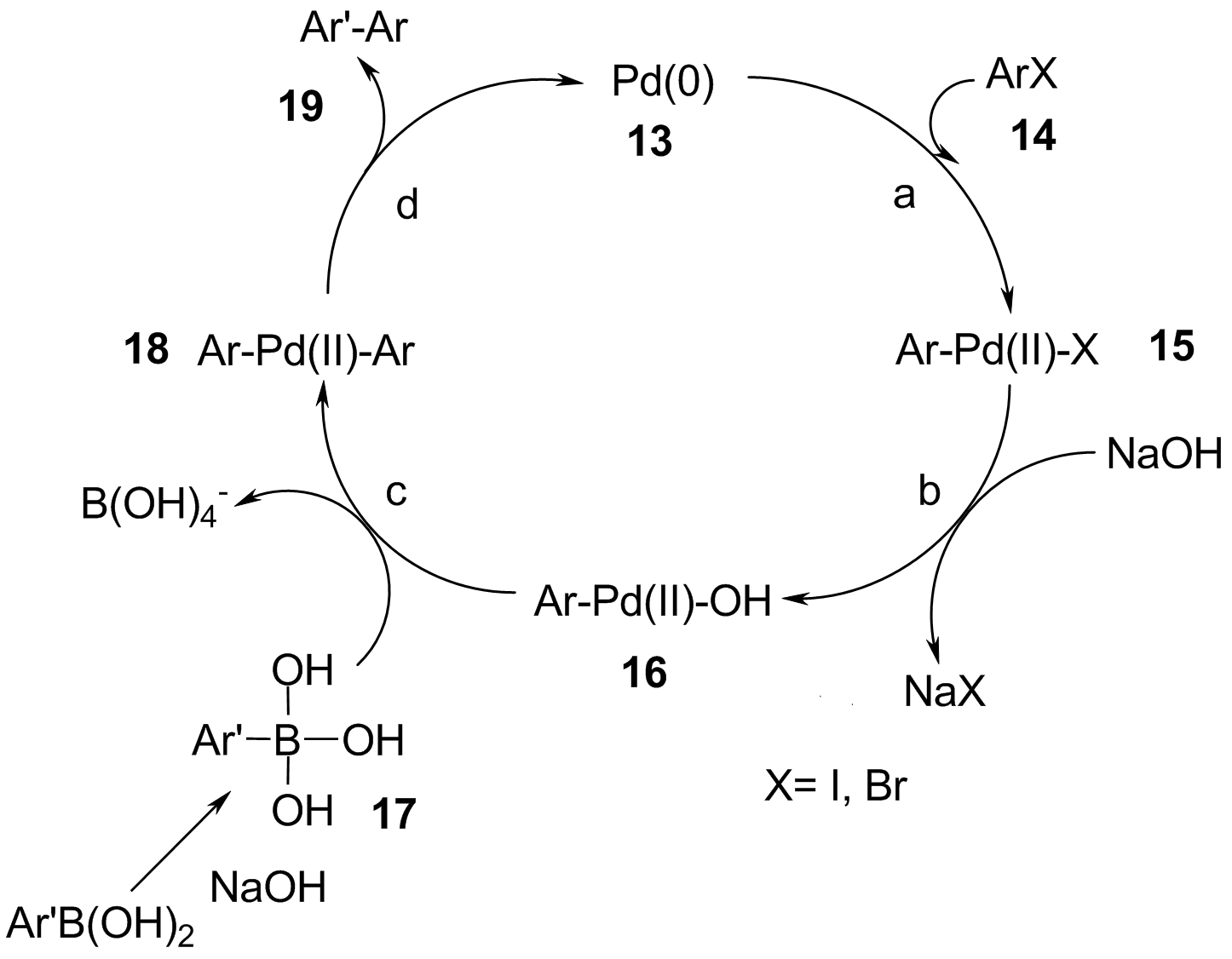 The first step in the mechanism of the Suzuki cross-couplingis oxidative addition (a) of palladium to the halide (14) forming intermediate 15. Reaction with base gives specie 16 (b). A transmetallation (c) with boronate complex 17 forms the organopalladium specie 18. The last step is a reductive elimination (d) which results in the product 19 and regeneration of the catalyst 13 (Figure 1).